In recent years the massive missionary machinery and orientalists have tried to attack Islam and corner Muslims regarding two important issues, divorce and polygamy. 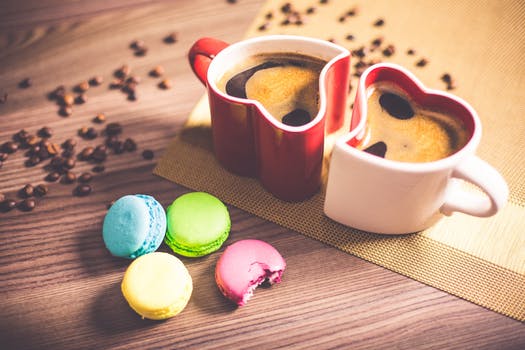 This is despite the fact that these two aspects among the good things that Islam is proud of.It is indeed very unfortunate that some Muslims too very to portray these two issues as problem areas for Muslims and Islam. The way they talk about the two issues abundantly shows that they feel ashamed of them.

The sever attack on Islam led by orientalists especially regarding polygamy and divorce is simply misplaced.

On the contrary the truth is that Islam has solved myriad problems of family life and society by coming out with clear and well laid out legislations. The basic issues in my view is only clearing the misgivings about them besides wrong implementation of the laws in this regard in some societies. It must be accepted here that when wrongly implemented. It has very adverse and unpleasant consequences.

Table of Contents show
1 Why Islam Made Divorce Legal?
1.1 You May Like:
2 Why Men Have Been Given the Right to Divorce?
3 How a Woman Get Rid of a Hateful Husband?
4 How Islamic Divorce Takes Place?
5 Post-divorce
5.1 Share this post:
5.2 Related posts:

Why Islam Made Divorce Legal?

Islam doesn’t claim that divorce is commendable act. On the contrary it doesn’t favour many types of divorces, including those that badly impact a family.

It must be kept in mind that Islam has emphasized the importance of family life and takes great pain in implementing the construction of the permissible things in the eyes of Allah is divorce.

It is truth that Quran likens causing the separation between a husband and wife to the action of heretic sorcerers.

The almighty says, “They learned from them (angels named as Harut and Marut) the means to sow discard between man and wife. (2:102)
Divorce is nothing short of painful surgery in the eyes of Islam. In such painful surgeries a wise man bears the severe pain emanating from the injury. At times even amputation is allowed in order to save the body from a sure greater loss in future.

Read More  What Is Islam Religion? Islam Is The Messages Of Truth And Peace

Qur’an says, “But if they separate,Allah shall,through His capacity,make each of them need free of the other. (4:130)

Regarding divorce what Islam decrees is also based on reason, wisdom and overall interest of the believers. It is unnatural and abnormal that union is superimposed upon two individuals despite the two having deep mistrust animosity towards each other. They are not ready to cohabit despite the all possible efforts of reconciliation between them.

Without doubt, it will be very cruel to keep the two bound to each other on the force of law. A criminal can be as bad as hell and a man or woman cannot survive such relationship.

A wise old man said among the worst calamities in this world is to live with someone who does not agree with you, but doesn’t leave you.

Renowned Arabic poet Abu Tayyab Mutanabbbi said, “Among the most painful problems in the world for a dignified person is the inseparability with foe.” If this is said about someone who may spend merely hours or a few days, time with a man, how about a wife who stays with him for the entire life.

Why Men Have Been Given the Right to Divorce?

Read More  Taghoot: What is Taghoot? Meaning and The complete information about Taghoot

There must be very powerful reasons under which may even think of bearing such a huge loss.

Secondly, man keeps an eye for the consequence. Mostly he has a balanced outlook of the world. He is usually nit as much emotional as a woman and thus it was more practical to keep the divorce in his hands.

Women are mostly very emotional. They are more driven by emotions during menstruation period. If the decision to divorce was given to her hands, she may not think twice before actually taking the call in this regard.

Similarly it was not deemed wise to leave the divorce to courts of law that will certainly be discussed and written extensively in the media.

In the west, divorce is given through courts. Nonetheless it has not reduced the rate of divorce in western societies. On the contrary the instance of divorce have substantially gone up there. Courts have failed to stand in the way of divorce between man and woman.

How a Woman Get Rid of a Hateful Husband?

Islam has given many resources and choices to woman in the given circumstances. She can use any of the following options to get rid of her husband:

1. In the marriage contract she can demand the option of divorce in her hands, instead of her husband and this is permissible under Islamic law.

2. She can also get rid of her husband by paying off to him. She can pay him back the amount of mahar or other gifts that he had given to her.

3. Divorce can also be implemented through the two arbiters when there are irrevocable differences between the husband and wife.

4. If the husband is impotent the woman has every right to approach the court and it should annul the marriage to relieve the woman from such a torture.

5. If the husband is beater or doesn’t take care of her, refuses to give maintenance, and tortures her physically and mentally, she has right to demand divorce from him.

The man who is planning to divorce his wife should be well balanced, sensible and judicious. He should have the intention to divorce and be physically separated from his wife.

If he is under pressure or extremely angry and furious and has no sense of what he uttered in this condition then the divorce will not be valid.

The man should not divorce during menses, nor during the time when she is purified and the two had intercourse.

On aspect that must be kept in mind is the fact that it must be conducted with utmost sincerity and at the right time.

The only remaining type of divorce is the one in which the man actually intends to do it and thinks of consequences of his decision. He knows that divorce is the only solution for his misery that he cannot suffer from it any further.

Uttering the word Talaq or divorce doesn’t mean an end to couple’s conjugal life and completely cut off the marriage ties.

Qur’an gives every divorced man two chances to go back and reconcile with his wife.

Ideally the word divorce or talaq must be uttered a single time. But if the divorces occur one after another, and if the two times do not succeed in changing their minds, the third divorce is the final.

Giving triple talaq at once is against the decree of the Qur’an but it will be implemented.