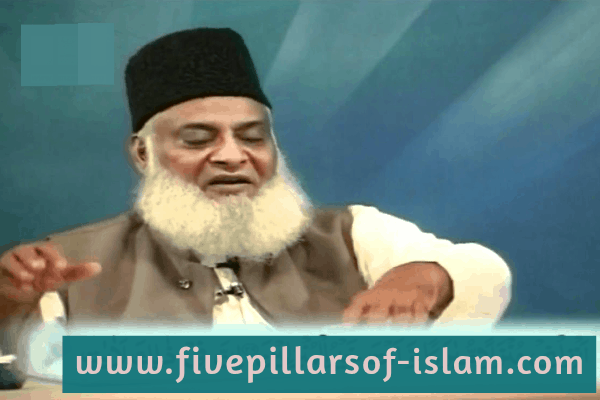 Dr. Israr Ahmad was born on 26 April 1932 in Hisar, India. His father was a civil servant in British Government.

Dr. Israr Ahmad went to Lahore in 1954 and received his MBBS degree form King Edward Medical University, Lahore in 1954. The same year, he joined the Jamat E Islami. He was very close to Molana Abul Aala Madudi, the founder of Jamat e Islami.

Dr. Israr Ahmed considered himself as the product of the teachings of Abul Aala Maududi. Jamat e Islami decided in 1956 to participate in electoral politics But he was not in favor of Jamat’s involvement in national politics so he left the Jamat e Islami in April in 1957.

After it, In 1956, he and some other individuals founded Tanzeem e Islami.

His interest in Islam and Islamic Philosophy grew further so he moved to Karachi In 1960 to improve his knowledge in Islamic studies, where he enrolled in Karachi University for MA. He completed his MA in Islamic Studies after submitting his thesis in 1965.

He authored about 60 books in which 9 books have been translated in other languages.

Some of his famous books are given blow:

Rise and decline of Muslim Ummah

This was his courage that he criticized the modern democracy.

He got Siatar E Imtiyaz in1981, the biggest prize of Pakistan.

Hafiz Akif Saeed is his son and at present he is the president of Tanzeem e islami.