Muhammad, the last prophet, is known as the prophet of Muslims but that is not true because He (the prophet) was sent to the entire mankind not only muslims, not only jews not only christians.

In fact, He was an awaited prophet. Here are some quotes from Bible the holy books, for examples, in which we can see simply that He was sent to the entire mankind as a bearer of good news and as a warner.

“I (God) will raise them up a Prophet from among their brethren, like unto thee (Moses), and will put my words in his mouth; and he shall speak unto them all that I shall command him.” (Deuteronomy 18:18) 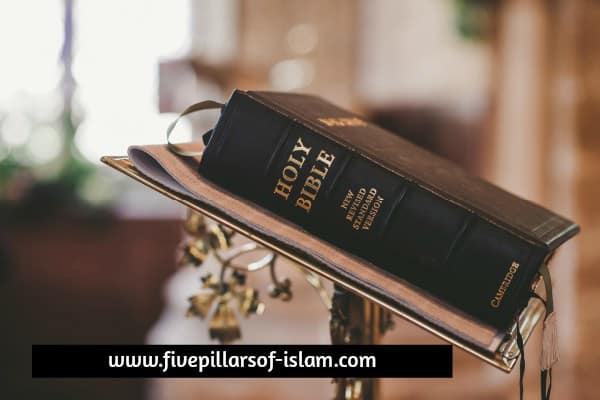 “I will raise them up a Prophet from among their brethren, like unto thee, and will put my words in his mouth; and he shall speak unto them all that I shall command him” (Deuteronomy 18:18)

“The LORD thy God will raise up unto thee a Prophet from the midst of thee, of thy brethren, like unto me; unto him ye shall hearken.” (Deuteronomy 18:15)

“And it shall come to pass, [that] whosoever will not hearken unto my words which he shall speak in my name, I will require [it] of him.” (in some translations: “I will be the Revenger”. (Deuteronomy 18:19)

John 14:16  “And I will pray the Father, and he shall give you another Comforter, that he may abide with you forever.” (American Standard Version)

There was a Christian monk, known as Buhaira who recognized Muhammad’s prophethood (PBUH) when He was still young and told His uncle:

“…a great fortune lies before your nephew, so take him home quickly.”

Waraqah ibn Nawfal, a Christian scholar who died soon after a solitary meeting with Muhammad attested “Muhammad is the Prophet of his time and He received revelation exactly like Moses and Jesus.”

The Jews of Medina were anxiously awaiting the arrival of a prophet. Abdullah ibn Salam and Mukhayriq, their two famous Jewish rabbis, were the great example of His prophethood.

There were two Yemeni Jewish rabbis, Wahb ibn Munabbih, and Ka’b al-Ahbar (d. 656 CE).  Ka’b found long passages of praise and the description of the Prophet prophesied  by Moses in the Bible.