What do Muslims think about the holy Quran, it doesn’t matter, because that is their religious book and they have to follow it, but when a non-Muslim says something about the quran, has a value.

Here are some non-Muslims in this article, read what they think about this great book. 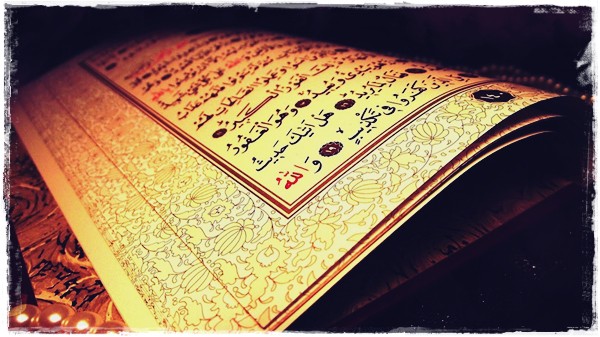 QURAN: A BRIEF INTRODUCTION IN THE WORDS OF NON MUSLIMS

“I thought about reading the Quran then I got a translated copy of this holy book in English. I can’t describe, what I got from this unique book. I believe that who studies the Quran with whole concentration, can’t live without attracting of its real truthfulness.” (Mrs Cynthia)


When I started to study the holy Quran, I found that the teachings of the holy Quran are very formal and natural. I never understood the ideology of Christian triangulation but I followed it without understanding as others are following it as ritual. When I read this great book, my world has changed. I came to know a new world where the ideology of oneness is very clear. Allah is alone, no one is his partner. All premises are in his hands. Allah sent the man to this world to see how he lives his life in his belief or in disbelief. This is what Quran teaches us and calls us towards these natural things. (Mrs Peck)

The only wonder on the earth is the Quran. How much I love my Quran! Whenever I have time, I do only a single work, reading the Quran. Even the English translation of the holy Quran makes me happy, and sometimes my cheeks bedew with the tears of happiness. (Becky Hopkins)

I was afraid of Muslims. I thought that the Islam is the bunch of terrorists, terrible and fanatic persons who can oppress anyone, but the Quran opened my eyes. This was all true, it took the place in my heart. Alas where was I wondering! How dirty picture they made of Islam! I thought that the Islam is the religion of rigorist. But when I came in touch of Islam, I knew that it was the book of all truth that descended in my heart. Quran was calling me towards the path of light and the path of life, the life that is the foundation of akhirah. (Begum Gul)

According to me the Quran is a mine of pearls and diamonds that will never be end and will take the part in human dignity till the life of hereafter. (Ms Griffiths)

My thoughts about the Quran was not good and so clear but after reading it, I got the solutions of my problems in its holy pages. My spiritual needs have been fulfilled and my doubts have changed into belief. Allah led me towards His light that I couldn’t defend but I surrendered myself happily. I found myself. I got the reality of this world and the lord of this world appeared. (Walter moss)

I was fond of reading since my childhood so my nature forced me to read the Islam and the Quran. By doing so I could know what was in that book.

In a program, I was presented the Quran. Having read it carefully, I came to know that if there was any truth on the earth that was the only Quran. That was the truth which I was searching since my childhood in man-made books. I felt that I have found my place, my aim and my life. I believe that there will be no peace in the world without the Quran. The real peace can be possible by the teachings of the Quran. It is the need of time that we spread the message of Quran in various languages. This is the only thing that can rescue the humanity from Anarchy and destruction. (Vidya Prakash)