The companion of Prophet Muhammad and their greatness

The companion of Prophet Muhammad and their greatness:

This is clear that the companions of Our beloved Prophet Muhammad was not like us. Wherever we may reach but they were better than us. This is so open that nobody can deny it. We shall be better off, We may fly in the air, reach the sky, we may find life after death hundred times but we shall not be a companion. 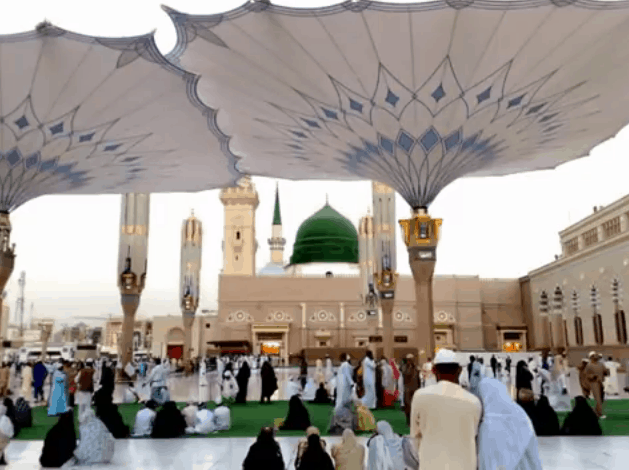 We are not able to reach companions

Where can we find that eye who saw the beauty of the prophet Muhammad?

Where can we find the ears that had heard the words of the prophecy?

Yes, where should we bring the heart from that got life from breathes of Muhammad ?

Where do we bring those brains who were illuminated from the Holy Spirit?

Where do we bring the hand that once touched the holy body of HIM and did not lose the perfumi smell throughout all the ages?

Where do we bring the feet that were infected in the company of Muhammad?

Where do we bring that time when the heavens came down to the earth?

Where would we bring the earth that was illuminated by the leadership of Muhammad and was headed by Muhammad?

Where would we bring a concert (assembly) where the glass of blessings of both world used to fill with the holy wine and the slogan of “We want More” was sung by HIS lovers ?

Where would we find the scene of saying “I saw God with the eyes of head?

Read More  Muhammad, the last prophet, The evidence of His prophethood

Where do we bring that meeting where all were as like as the birds are on their heads?

Where would we bring the Presidential Palace to which the signs were addressed by the words The beautiful Man who are sitting there?

How would we bring that shameem Anbar (one kind of perfume) that used to forbid the mid-night dream to see the beloved?

How do we bring the Imaan (believe) that was gained by losing the world?

How do we bring the deeds  that used to measured by prophecy?

How do we bring the manners that were used to decorate the mirror of Prophet?

Where would we bring the colors that were coated in the furnace of “Sibghatallah” (the color of Allah)?

How would we get the acts that killed the strangers?

Where do we bring the prayers that were leaded by the prophets?

How can we become a group of saints whose chief was the leader of apostles?

After all these virtues if the companions are evil then we are worst evil than them.

We may abuse these companions a million bad things, but if we check our conscience we will know that only those were the human according to the definition of humanity.

What Is Hajj? Everything You Always Wanted To Know about Hajj 2020

Danish And Dawar Naats And Biography