Skip to content
What Is Islam Religion – The meaning of the word Islam is the peace, coming from the word Salam. In the religious sense Islam is the name of total submission to the will of Allah.

Read More – The Five Pillars of Islam in English with Images 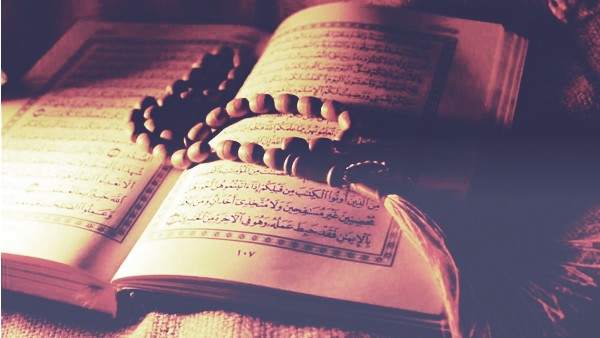 What Is Islam Religion

The holy Quran, the last revelation, came from Allah so it is Haq, Allah gave us the Haq in the form of holy Quran (kitabulhaq)


So whatever in the holy Quran is Haq, or truth because it is from Allah and whatever truth is Islam and Peace.

If mankind wants peace he should join the Islam because one has no peace unless he has in contact with the source of peace and the peace is only Islam. (What Is Islam Religion)

How Is Islam Peace?

Let’s know how Islam is the peace.
Islam teaches oneness.

Allah: Islam teaches the oneness of God.
The philosophy of one God is very easy and understandable too.

There is no god but Allah. Allah is one. No one is his partner. Allah is besought, needing none. He neither begot anyone nor was he begotten. Equal to Him has never been anyone.

If the man understands that there is only one god to worship one and only one God, he will be free from many gods and goddess as well as their doors. The one God is better than thousand different gods.

When the mankind unites at one God, all religious wars and fights will close.
But who does want to leave his god. Everyone loves his god. But, it is also a fact that everyone also wants to choose the easiest way. The theory of one God is the easiest theory in the religious world.

Read More  Attahiyat and Tashahhud Narrated in Hadeeth from The Prophet

According to Islam God is one, the owner of all attributes. From beginning, will never die. Doesn’t come to earth in any form, but sent his messengers to teach his teachings and to guide his path.

On the other side, there is a religion who has thousands of thousands gods and every god is a mystery till now. Many religions follow the great men and treat them as a god. Quran invites you in his unique style by saying,

“Come, lets together on a common word between us and between you that we worship none but Allah. That we associate nothing with him. And that some of us do not take others as lord instead of Allah.” (Al-Quran 64/2)

Muhammad: Islam teaches the oneness of Messenger.
Allah sent Muhammad, as his last messenger to entire mankind and all nations, with the last revelation Quran.

“We did not send you but to the entire mankind, as a bearer of good news and as a warner, but most people do not know,” Allah says in the holy Quran. (Al-Quran 28/34)

The last messenger completed the message of God. After him, no messenger will come here. So everyone should follow him. He is an ideal person, every act of his life is written. Everyone and every kind of person can follow him.

Read More  The companion of Prophet Muhammad and their greatness

Thus Islam teaches the oneness of messenger and if the mankind unites on a messenger and his teachings, all harmful activities will end. (What Is Islam Religion)

Quran: Islam teaches the oneness of religious book.
There is only one book on the earth, safe from all changes, fully detailed, divine, easy to understand, not for only priest’s, mystery less, everyone can read it, everywhere is available, that is Quran, the last revelation, that abrogated all of the old revelations. Because it has full guidance for entire mankind.

Quran invites every one, every nation every person every cast to understand it and to follow it. One who has any doubt in this Last revelation, Quran challenges him to compile only some verses of that kind. So, Islam leads towards a book to follow.

Do they not ponder about the Quran? Had it been from someone other than Allah, they would have found in it a great deal of discrepancy. (Al- Quran 82/4)

Indeed we have made the Quran easy for seeking advice. So, is there anyone to heed the advice? (Al-Quran 17/54)

Kabah: Islam teaches the oneness of direction
Kabah is qibla of Muslims. This is only a building but to teach the lesson of unity, Islam assigned to them a Qibla for their prayers. So one can’t turn his face in any other direction in his Salah.

Human being: Islam teaches the oneness of humanity
Cast, colour, nation has no value in Islam. Every man is the man. And every man is the son of Adam and Eve. So everyone is equal on the basis of man. No one is better than other. Yes the better is who knows the god and does not do wrongs.

O mankind, we have created you from a male and a female, and divided you into races and tribes for you may identify one another. Surely the noblest of you in Allah’s sight is the one who is most pious of you. (Al-Quran 13/49)

Thus, Islam teaches the unity of man, not colour or cast or nation

Allama Iqbal said, “The gain of this nation (Muslims) is one, also the loss is one, only one is the prophet of all, religion is one, faith is one, the direction of prayer is one, God is one, Quran is one.

So, be a part of oneness and unite the world on the teachings of Islam and close the door of all hatred.

Related Tags: What Is Islam Religion