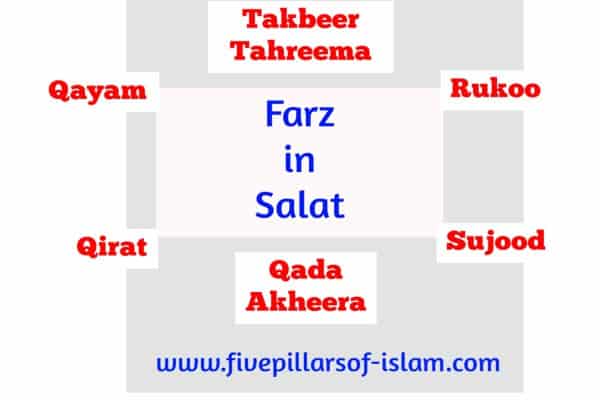 first of all we have to do the ablution (wudu). After doing Wudu, stand face the Qibla (the diection of the Kaaba). Make Niyyah (intention) for the prayer you want to pray and recite (optional) al-iqama (private call to prayer). Raise your hands to your ears and say Allhau Akbar (Allah is the greatest) It is called Takbiratul ahram. After it, Place right hand on the top of your left hand on the chest and look downward to the place where your forehead will touch the ground in the sujood (prostration) and recite silently Sana.(Subhanakallahumma wa-bi-hamdika-wa-tabaarakasmuka-wa-ta’aala jadduka walaa-ilaaha-ghiaruka.)

After this recite Surat-al-fatiha (the opening chapter) and then recite any other Surat or other passage from Quran And then say Allahu akbar. 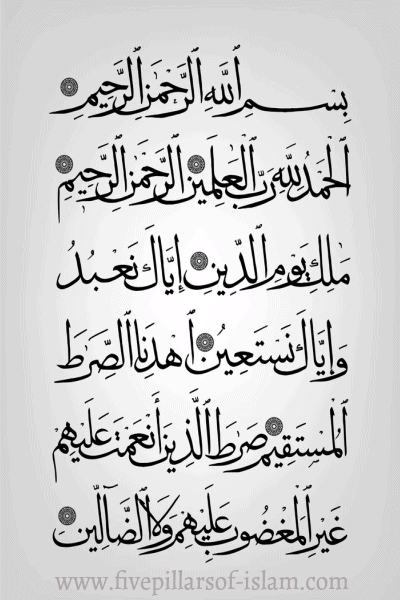 Now you should do rukoo bowing as deeply as your joints will let him and keep your head in line with your back. 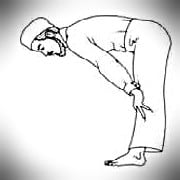 Look downward to the place of sujood, place the hands on the knees firmly. Placing the fingers out say silently Subhana Rabbiyal aalaa.

After that, you should straight from Rukoo, raise the hands and say Samiallahu-liman-hamidah. You should stand straight until every vertebra has returned to its place and say Rabbana walakalhamd.

After it, you prostrate (go down) floor saying Allahu-Akbar. In sujood you should say, Subhana Rabiyal Aala, There are seven parts that should be in contact of the ground during sujood, they are nose, forehead,the palms of both hands,the both knees,the toes of both feet,the folded toes and both of your palms levels with your shoulders. 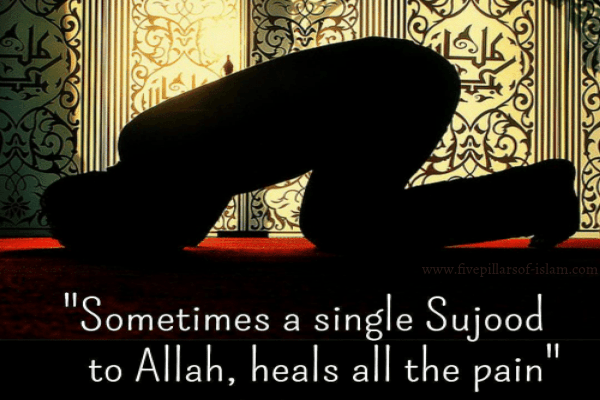 Keep your arms away from your sides and you should keep your forearms off the ground, you should allow some space between your thigh and your stomach.

Then, Raise your head saying Takbeer and sit down and put your hand flat on your thighs. Spread left leg and sit on it. Put the right foot stand and make your toes point towards the qibla while sitting thus say Rabbighfirli, and do second prostration.

Sit down and spread the left leg and sit on it. Stand the right foot. Make the toes towards the qibla. Put the left hand flat on the thighs. Close all the fingers of right hand, except the index finger, raise it pointing to the qibla moving gently during shahada.

If the prayer has three units of prayer like Salat al maghrib or four like Salat al zuhar or Salat al asr or Salat al isha, after completing the tashahhud, raise for the third rak’aa and recite surat al fatiha only. After the third rak’aa of the maghrib or after the forth rak’aa of  Dhuhr or isha and asr also recite salatul ibrahimiya and turn the head right and then left, saying Asslamaualikum warahmatullah.

Read More  Homosexuality and Sodomy is a Curse and Shameful Activity