Concept of Sawab [Passing reward & Thawab] according to Quran, Hadith

Concept of Sawab [Passing reward & Thawab] according to Quran & Hadith and The legal status of the reward: Many people are confused about the reward which is known as thawab or sawab in common language.There are some agreed forms of reward, and some are not agreed. We have collected some useful knowledge on the topic in this article.  We start the article with the agreed forms. We have mentioned them with their references.

Allah described the believers as they say to Allah, “O Lord! Forgive us, and our brothers who preceded with the sign of faith” (Al-Hashr 10).

The Prophet (peace and blessings of Allah be upon him) said, “Ask forgiveness for your brothers.”

One came to the Prophet (peace and blessings of Allah be upon him) and asked him if I donate money as charity on behalf of my mother after passing her away, Will she get the reward? The Prophet (PBUH) replied affirmative and said: Yes, if the charity is from her, she will be rewarded. (Bukhari 1388 Muslim 1004)

Imam Muslim narrated from Abdullah Bin Mubarak there are no dispute about Sadqa.

He meant that sadqa’s reward reach the person.

Hajj can be performed on behalf of another person.

On the occasion of the farewell pilgrimage, one of the companions discovered that my father had become very weak and could not ride by himself. Can I perform Hajj on behalf of him? The Prophet (peace and blessings of Allaah be upon him) said: Yes.

The reward of the sacrifice also reaches the deceased.

On the authority of Anas (R)The Prophet (May God bless him and grant him peace) sacrificed two beautiful horned rams, one from his umma and others and one from him. (Dar u Qutni 4761.)

The opinions differ on the subject of the reward of prayer, and fasting that it reaches or not?

According to Imam Abu Hanifa and Imam Ahmad, the reward of prayer, fasting, and recitation of the Qur’an reaches while Imam Malik and Imam Shafi’i deny it.

The verse in which Allah said,”

“There is not for man except that (good) for which he strives, and that his effort is going to be seen.”

The Hadith in which The Messenger of Allah (ﷺ) said,

“When a man dies, his deeds come to an end except for three things: Sadaqah Jariyah (ceaseless charity); a knowledge which is beneficial, or a virtuous descendant who prays for him (for the deceased).” [Muslim-Book 12, Hadith 8]

The evidence of who say it right are as below:

The Reward of the Qur’an reciting:

Hazrat Alaa (may Allah be pleased with him) bequeathed it to his son. When you complete my burial rituals, recite the verses of Surah Baqarah from the beginning and in the ending. I heard so, from the Messenger of God, may God bless him and grant him peace.

The reward of fasting:

Ibn ‘Abbas (Allah be pleased with them) reported:

A man came to the Messenger of Allah (ﷺ) and said: O! Messenger of Allah, my mother has died (in a state) that she had to observe fasts of a month (of Ramadan). Should I complete (them) on her behalf? Thereupon he (the Holy Prophet) said: Would you not pay the debt if your mother had died (without paying it)? He said: Yes. He (the Holy Prophet) said: Allah’s debt deserves more that it should be paid.‏ (Sahih Muslim 1148 Bukhari 1953)

This all about the reward and it’s legal status. Hope you feel better now after reading it. 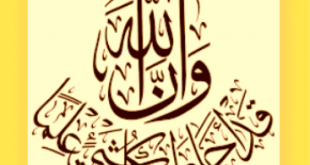 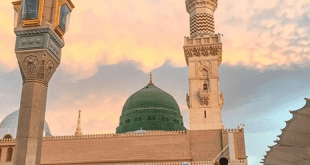 Durood Sharif (Everything You Need To Know with Images!) 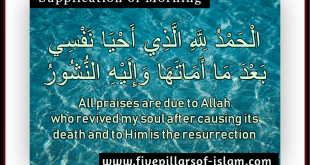 Supplication of Morning (Dua for Waking Up in Fajr)