Taraweeh : How to offer taraweeh prayer in lockdown

Taraweeh : How to offer taraweeh prayer in lockdown: Taraweeh is one of the Important ibadah (prayer) of Ramadan.

The Messenger of Allah (peace and blessings of Allaah be upon him) said: “Whoever resurrect (lives with ibadah in) the nights of Ramadan, in the state of faith in Allah and the hope of reward from Him, all of his previous sins will have forgiven. (Bukhari: 37, Muslim: 759) 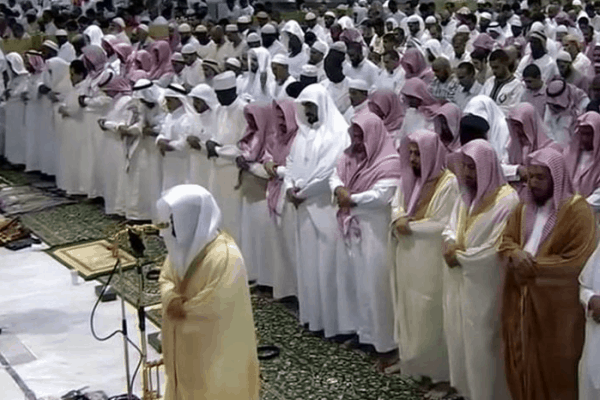 The Taraweeh is the only form of resurrection – on account of this virtue, the Muslims organize the Taraweeh.
On the nights of Ramadan, the Huffaz recite the Qur’an, and the Qur’an is finished at least once in every mosque.

Some people say that the Messenger of Allah (peace and blessings of Allaah be upon him) has always offered eight rak’ats the whole year even in Ramadan in the last hours of the night, while the Ahnaf say that there are 20 rak’ats of Taraweeh and it has been continuing since the Caliphate of Hazrat Umar bin Khattab.

Corona’s new cases are on the rise, so it is expected that the lockdown will continue in the month of Ramadan. (Even if it ends, the gathering of people in religious places will be banned.) In these circumstances, it is usually not possible in the houses. The prayers will be carried out symbolically by a few people, and all the rest will have to pray in their homes.

The question is being asked, how to recite Taraweeh in the houses?

There are several ways to do this:

* One is that: Huffaz offer the Taraweeh with Jamat (gathering) in houses and recite the whole Quran.

** One is that: everyone should offer the rakats alone as much as he can offer and recite what he can recite.

*** One is that: There are 10 Surahs from Surah feel to Surah Naas. Each Surah should be recited twice in 20 rak’ats.

****One is that: As much as the Qur’an can be recited in Taraweeh – Surahs and verses can be read from different places.

But the questions is that: if one wishes to read and wishes to hear the entire Qur’an in Taraaweeh prayer, can the Qur’an be read by looking at the Mus’haf ?

Some of the details below may seem appropriate:

The Shawafe and the Hanabilah allow that the Qur’an can be recited by looking at the Qur’an in the Taraweeh.
Their inference is that Zakwan the slave of Ummul-Mu’minin (may Allah be well pleased with them) used to read Quran in Tarawah in the month of Ramadan by looking at the mushaf (Abi Shiba: 235/2, Al-Nusan al-Kubrai Lalbihiqi: 336/1)

Al-Nawawi has said: “Offering taraweeh by reading the Qur’an by looking at the Mushaf does not invalidate the prayer, nor does it alter it” (Al-Jumu’ah: 27/4)

But, according to Imam Abu Hanifah and Imam Ibn Hazm, reading the Qur’an will invalidate the prayer.
They presented a hadeeth in which Hazrat Umar (may Allaah have mercy on him) forbade to read the Qur’aan by looking at the mus’haf in the prayer (Kitab-al-Masahif for Abu Daud: 655) since this hadeeth is very weak for it’s narrator Nahsh ibn Sa’id is a liar and absurd.
The other evidence of invalidating it is that picking up the mushaf and putting down in every rakaat twice is in amal e katheer (alot of work), and a lot of work is not permissible in the prayers and enough to invalidate it.

This is also not strong evidence, because it is proved by the hadith that the Prophet Muhammad (peace and blessings of Allaah be upon him) used to raise his granddaughter Umama bint Abul Aas & Zainab on his shoulder. He used to take off her from his shoulders and sit on his shoulders. (Bukhari: 516, Muslim: 543) In a hadeeth, the Messenger of Allah (peace and blessings of Allaah be upon him) was wearing a pair of shoes. He found out while praying that they contained some dirt. He immediately removed them.

Raising a baby during the prayer, then putting down as much as wearing off the shoes, is more work than raising and placing a Mushaf and turning the sheets, so it should not be invalidated when that is not invalidated.

According to Imam Abu Yusuf and Imam Muhammad (Imam Abu Hanifah’s disciples), prayer may be performed by looking at the mushaf, but to do so is makrooh (not good) and they equate it with yahood.

Read More  What Is Hajj? Everything You Always Wanted To Know about Hajj 2020

This is also a baseless thing, and it’s the answer is given by Ibn Najim Hanafi :
“Everything that resembles the jews is not evil. Just as they eat and drink, we also do. It does not mean that it is wrong to eat and drink. Illegal imitation is something that should be done in the wrong way.

But in the case of not copying the recitation by looking at the Qur’an will not be wrong, according to Imam Abu Yusuf and Imam Muhammad. “(Al-Bahr al’raaiq: 11/2)

There is also mobile in the order of Mus’haf. The Qur’an can be read by looking at it.

What Is Hajj? Everything You Always Wanted To Know about Hajj 2020

Danish And Dawar Naats And Biography