The Prophet Muhammad And His Good Behavior With Non-Muslims:

Table of Contents show
1 The dealing of the apostle with the non-muslims
2 The dealing of the Messenger of Allah with the Jews of Madinah
3 The guidance of the Prophet Muhammad about justice and his gifts for humanity
3.1 You May Like:
3.2 Share this post:
3.3 Related posts:

The dealing of the apostle with the non-muslims

The Messenger of Allah -(Peace be upon him) -was the most beautiful example of mercy, forgiveness, and tolerance with non-Muslims of Mecca, despite the treatment of Quraysh with the messenger and his companions. Here are some examples of his glorious life. 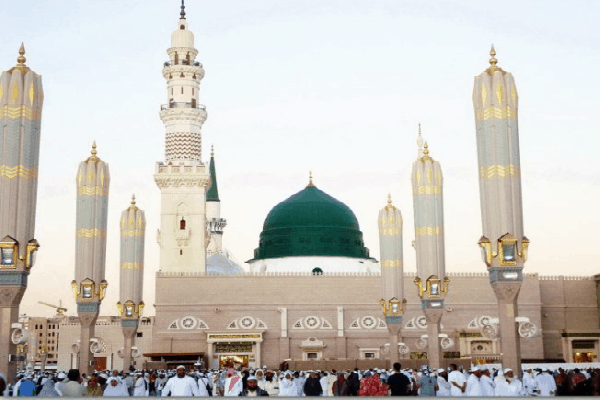 The messenger of Allah treated with the Jews with good character. He used to invite them towards the light of Islam whenever he had the opportunity and told them about the corruption and invalidity of other religions.

He said to them, “whoever seeks a faith other than Islam, it will never be accepted from him, and he, in the hereafter, will be among the losers.”

However, they had betrayed the covenants and agreements; the messenger didn’t start the fight against them; he called them to Islam.
As narrated when Ali (bin Abi Talib) was sent to the strongholds and forts of Khaybar, the messenger said to him: “Be patient, Be cool till you reach their battleground, then invite them to Islam, and remind them what they have to do for seeking the happiness of God. By God! Allah guides through you a man is better for you to have red camels.” These are the teachings of the messenger Muhammad peace be upon him.

Every time he avoided injustice in dealing with the Jews despite the declaration of disintegration from Judaism as a religion, and despite the statement of its invalidity, but it is a recognition of the rights of Jews pledged, and he agreed with keeping them in Medina safe themselves and their money, as stated in the text of the treaty; (The Jews of the sons of Auf are a citizen of Madinah like others with the believers)

In compliance with the saying of God: “No coercion in the matter of religion.” The correct way has become distinct from the erroneous).
The right to protection and defense; The Charter states: “The Jews have to pay their expenses, and the Muslims have to pay their expenses, but the fight is on both the parties against those who fight against the people of this constitution.”

The right to justice; The Charter had stated, “The help of those people who follow us is compulsory without any distinction. As a result, the Messenger of Allah – peace be upon him– judged justly in several cases, even at the expense of the Muslim, as happened in the case of a Jews and Ash’ath bin Qais. The dispute between these two was about the ownership of the land; the land was in Yemen. The messenger gave his judgment in favor of Jews because there was no proof of ownership of Ash’ath.

Besides, the Messenger of Allah- gave the freedom to appeal according to their religion in case of the dispute between the two parties of the Jews.

He did not require them to prosecute according to Islam unless they appealed and tried to solve the matter. Then he governed according to Islamic law, in the light of the verse “(If you judge, judge between them with justice. Surely Allah loves those who do justice.)”

This was all about his justice in favor of Jews and their rights.
It’s also true that justice was not a slave. Everyone had the right to get justice. Whenever the messenger found the Jews guilty, he punished him according to law. That’s why he did not accept any aggression by them. When some of the Jews of Qainuqaa attacked and vowed (planned) to kill the messenger, the messenger took action quickly and ordered to send them outside the city.
When a Jew person assaulted a Muslim woman and tried to uncover her hijab, the messenger ordered to kill him.

Besides, the Prophet (peace and blessings of Allah be upon him) treated them with good conduct. He accepted their gifts and went to their sick and patients and forgave their abusers.