Muhammad was the last messenger of Allah. He was born on Monday, in April 570 in Makkah. 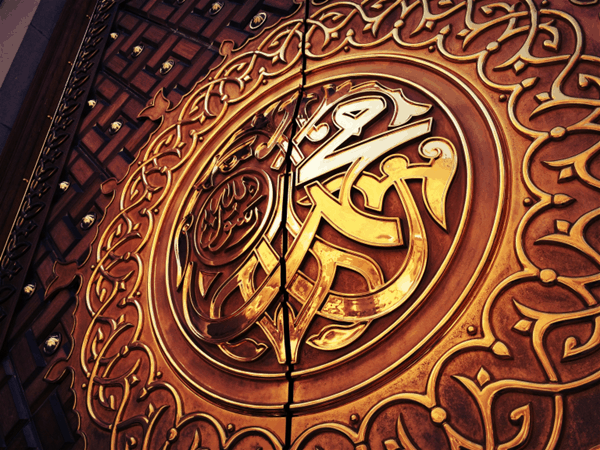 The Prophet Muhammad [The story of last Messenger of Allah]

His father Abdullah died six months before his birth, and his mother Aamina D/o Wahb died when Muhammad(s) was only six years old, so his grandfather took care of him but unfortunately, he too died two years later when Muhammad(s) was only eight years old. After his grandfather’s death his uncle Abu Talib took care of him. But he was not a financially strong person so Muhammed (s) started working as a businessman. He went to Syria with different kinds of goods. Soon he became famous for his honesty and truthfulness.

When he was 25 years old he married to Khadija who was then 40 years old. She was widow but a genius woman of Arab. Muhammad(s) passed his golden period of his life with this old but kind woman and lived with her till she died. All of his children- four daughters and two sons- were from her.

On 6th August 610 when he was praying in Hira cave, Allah revealed to him first revelation. Allah sent him archangel Jibril (Gabriel) who said to him ‘Iqra’- “Read with the name of your Lord who created. He created man from a clot of blood. Read and your Lord is the most gracious, who imparted knowledge by means of the pen. He taught man what he did not know.”

Read More  Taraweeh : How to offer taraweeh prayer in lockdown

After that incident, Muhammad(s) went back to his wife Khadija and told her the whole story what had happened, she took him to her cousin Warqa who told him that he would be the next messenger of God. He added that his people would force him to go out from Makkah. By hearing this, Muhammad(s) was amazed, because the people of Makkah called him as Sadiq and Ameen and Warqa was saying that his people would depart him from Makkah.

Later on, Allah ordered him, “Proclaim what you are commanded to.” And “Warn the nearest people of your clan.”
When Muhammad (s) started teaching, many people of Makkah, who worshipped idols did not like the concept that Muhammad(s) offered. But there were also so many people who listened to the things that Muhammad (s) said and obeyed him and followed his preaching. Thus, they became the very first followers of Islam. So, the leaders of Makkah tortured and punished them but Muhammad (s) remained patient and continued to teach Islam. The persons who became the very first followers of Islam were Khadija among the women, Abu-Bakr among the men, Ali among the children.

When the excessive torture of Makkah’s people became intolerable, Muhammad(s) permitted 83 people to go to Ethiopia. After that, in 620, six persons came Makkah from Madinah at the pilgrimage season. Muhammad (s) propounded to them the doctrines of Islam and taught them the teachings of Islam. They were impressed by this and embraced Islam and at the pilgrimage of 621, five of them brought seven others with them. These twelve took a formal pledge of allegiance at Muhammed’s hand promising to accept him as prophet to worship none but Allah and requested him to go with them to Madinah. Muhammad did not go himself, at that time with them but sent there Mus’ab bin Umair to teach them the instructions of Islam. Thus, the message of Islam spread up in Madinah.

The next year at 622 AD a delegation of around 75 persons came from Madinah and met Muhammad (s) at the place of Aqaba. They assured Muhammad of their full support and protection if he migrated to their land. Then Allah permitted Muslims to go there. So, the Muslims shifted there in Madinah. At last, after receiving the divine direction to depart Makkah, Muhammad went to Madinah with his companion Abu Bakr on 21-28 June 622.That act is called as Hijrat.

The messenger in Madinah

First, Muhammad (s) built an Islamic centre called as Masjid al Nabi. And then he established a relation of brotherhood among Muhajireen (migrants) and Ansar (resident). After it Muhammad (s) made a charter of security of Madinah and invited in it all tribes of Madinah including Jews. They all signed on it.
After six years of hijrat, Muhammad(s) came Makkah to perform Umrah but the pagans of Makkah didn’t allow him to enter the Makkah. Muhammad (s) had to return back to Makkah with his six hundred companions that year.

After two years of that incident, Muhammad conquered Makkah with his ten thousand companions and cleaned up the house of Allah for the prayer of Allah and then performed Hajj and delivered his last speech to all mankind.

“O mankind! All of you are the sons of Adam. So, you are all bound in the relation of brotherhood. No- one is better than his brother. Arab and non-Arab, black and the white are all equal. Yes, the better is one, who performed ‘Taqwa’(piety) and fears the almighty God. So, everyone must worship one God because one God is better than thousands of gods.