What is Eid Ul Adha? Eid Ul Adha is the (Three-Day) Islamic festival that marks the Hajj pilgrimage and Qurbani, to commemorate the sacrifice the Prophet Ibrahim (alaihis salaam) was willing to perform of his son Ismail (alaihis salaam) for Allah, who spared his son by sending down a ram to take his place. Allah became impressed with Ibrahim’s sincerity. 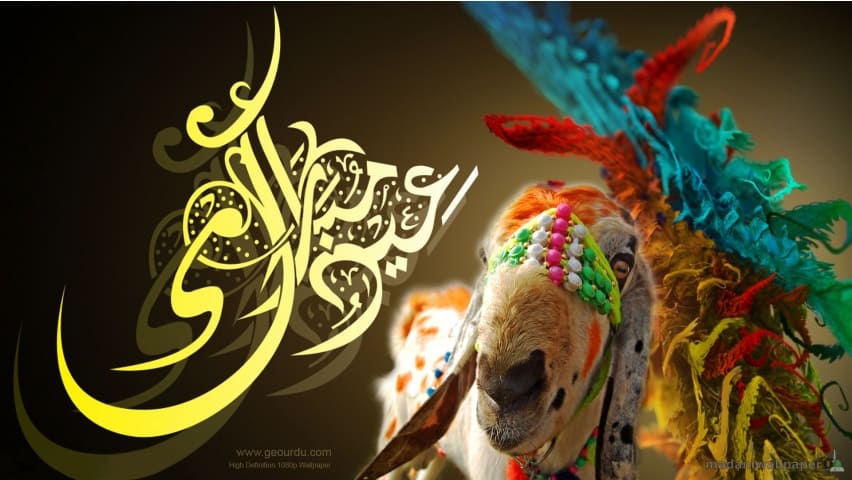 What is Eid Ul Adha?

Eid ul Adha is the Eid of Sacrifice and commitments to Allah’s order.

Qurbani, Ad’ha or Ud’hiyah is the word that describes the sacrifice of an animal to Allah during the period of Eid ul Adha.

On Eid Ul Adha, which marks the completion of the annual Hajj pilgrimage, the Muslim world celebrates and honours the tradition of the Prophet Ibrahim (Alaihis Salaam) by sacrificing an animal and distributing the meat to those in need. It begins on the 10th of the month of Dul Hijja. This is the second main annual festival in Islam.

Qurbani is a demonstration of total submission to Allah and a proof of complete obedience to Allah’s will or command.

When a Muslim offers a Qurbani, this is exactly what he intends to prove. Thus, the Qurbani offered by a Muslim signifies that he is a slave (Abd) of Allah at his best and that he would not hesitate even for a moment, once he receives an absolute command from his Creator, to surrender before it, to obey it willingly, even if it be at the price of his life and possessions.

When a true and perfect Muslim receives a command from Allah, he does not make his obedience dependent upon the command’s reasonability as perceived through his limited understanding.
Read More  Top 100 Ramadan Mubarak - Greetings, Quotes, Wishes

This is exactly what the Prophet Ibrahim, Alaihis Salam, did. Apparently, there was no reason why a father should slaughter his innocent son. But, then came the command from Allah, he never asked about the reason for that command, nor did he hesitate to follow it.

Even his minor son when asked by his father about the dream he had seen, never questioned the legitimacy of the command, nor did he pine or whine about it, nor did he ask for a reason why he was being slaughtered. The one and only response he made was:

‘Father, do what you have been ordered to do. You shall find me, God willing, among the patient”.

Allah ordered Ibrahim to sacrifice his dearest possession, his only son Ismaeel.

Ibrahim prepared himself to submit to will of Allah. When Ibrahim attempted to cut his throat, Allah sent a ram by saying Ibrahim you have fulfilled your dream and so you have passed your exam then he cut the ram. By this day the sacrifice of animal being obligated on every Muslim who is capable to do so.

The Quran describes in these words:-Ibrahim said,
“O my Lord! bless me with a righteous son”

So We gave him the good news of a forbearing boy.

Thereafter, when he (the son) reached an age in which he could walk and work with him,

He Ibrahim said: “O my little son! I have seen in dream that I offer thee in sacrifice (I am slaughtering you): so, consider what is your opinion?” (The son) said: “O my father! Do as you have been ordered: you will find me, if Allah so wills one of those who endure Patiently and Constancy!”

So when they had both submitted their wills (to Allah), and he had laid him prostrate on his forehead (for sacrifice),

We called out to him “O Ibrahim!
You did make the dream come true. This is how we rewarded those who are good in their deeds.
For this was obviously a trial:

And We ransomed him with a momentous and great sacrifice.
And We left (this blessing) for him among generations (to come) in later times:

Ibrahim showed that he could offer the sacrifice of his dearest one in submission to Allah’s command. Muslims commemorate this ultimate sacrifice, Allah ultimately prevents the sacrifice, additionally signifying that one should never sacrifice a human life, especially not in name of Allah.

What is Required to Perform Qurbani?

Every adult Muslim, male or female, who owns 613.35 grams of silver or 87 grams of gold or its equivalent in money, personal ornaments, stock-in-trade, or any other form of wealth which is surplus to his basic needs, is under an obligation to offer a Qurbani.

If the husband owns the required quantity, but the wife does not, the Qurbani obligatory on the husband only and vice-versa. If both of them have the prescribed amount of wealth, both should perform Qurbani separately.

Any Alternate of Qurbani?

Some people think that instead of offering a Qurbani they should give its amount to some poor people as charity. This attitude is totally wrong. Actually, there are different forms of worship obligatory for Muslims. Each one of them has its own importance and none of them can stand for the other.

It is not permissible for a Muslim to perform Salah instead of fasting in Ramadan, nor is it permissible for him to give some charity instead of observing the obligatory Salah. Similarly, Qurbani is an independent form of worship and this obligation cannot be discharged by spending money in charity.

The Eid prayer has two raka’at performed in the normal way, with the only addition of some Takbirs, some of them in the beginning of the first raka’ah, and some of them just before ruku’ in the second raka’ah.

After completing the Salaah of Eid, Khutbah is a sunnah unlike the Salah of Jumu’ah where it is delivered before the Salah. However, listening to the khutbah of Eid Salah is necessary and must be listened to in perfect peace and silence. 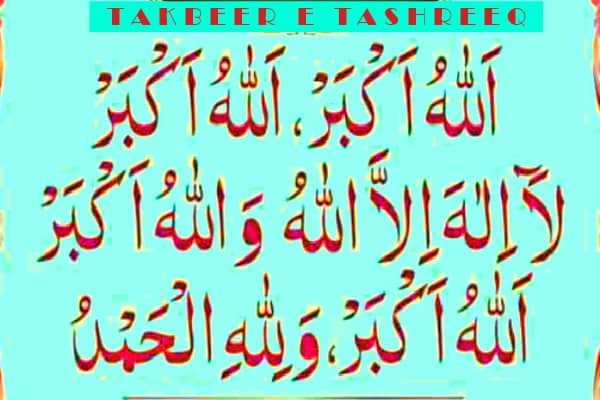