What Is Ramadan 2019 – What is the Purpose of Ramadan Kareem

A most blessed month in which lies a night greater in virtue than thousand months, a special night named Lailatul Qadr. This is indeed the month of patience, kindness and mercy, sacrifice. 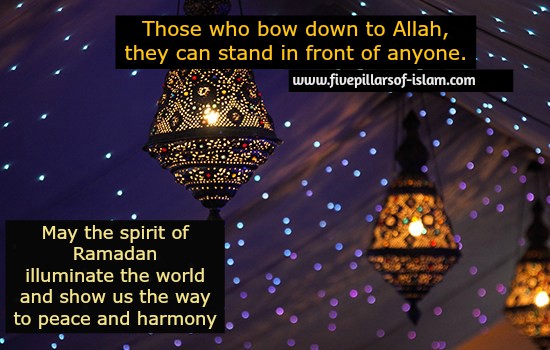 0 people! There comes over you now a great month, a most blessed month in which lies a night greater in virtue than a thousand months.

Therefor Allah ordered the men to fast by day in this holy month.

Prophet further said in that hadith,

“It is a month in which Allah has made Fasting compulsory by day. And has made sunnah the Taraaweeh by night.”

So every one should try to reduce the difference between him and Allah.

The fasting wants to patience. One who doesn’t have the patience cant complete the task of Ramadan.

“This is indeed the month of patience, and the reward for true patience is Jannah (paradise). It is the month of sympathy with one’s fellowmen.” 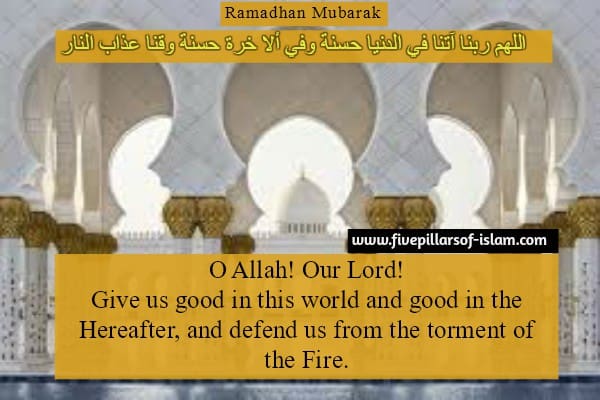 When one can do this he will be rewarded by Allah in this way,

It is the month wherein a true believer’s rizq is increased. Whosoever feeds another who fasted, in order to break the fast at sunset, for the feeder there shall be forgiveness of sins and emancipation from the fire of Jahannam (hell), and for such feeder shall be the same reward as the one who Fasted (who he fed) without that persons reward being decreased in the least.

Thereupon we said, “0 messenger of Allah, not all of us possess the means whereby we can give a fasting person to break his fast.

Read More  What Is Hajj? Everything You Always Wanted To Know about Hajj 2019

” Rasulullah (SAW) replied, “Allah grants the same reward to the one who gives a fasting person to break the fast a mere date, or a drink of water, or a sip of milk.”

This month is divided into three decades,

The mercy demands kindness to everyone,

“Whosoever lessens the burden of his servants (bonds-men) in this month, Allah will forgive him and free him from the fire of Jahannam.”

What would I do when I find the month of Ramadan?

” In this month four things you should continue to perform in great number, two of which shall be to please your Lord, while the other two shall be those without which you cannot do. Those which shall be to please your Lord, are that you should in great quantity bear witness that there is no deity to worship except Allah {i.e. recite the Kalimah Tayyibah (لا إله الا الله )Laa llaaha illallaah} and make much Istighfaar {beg Allah’s forgiveness with (أستغفر الله )Astaghfirul-laah}.” And as for those without which you cannot do, you should beg of Allah, entrance into paradise and ask refuge in Him from Jahannam.”

What is the reward of who respects the fasting person?

“And whoever gave, a person who fasted, water to drink, Allah shall grant that giver to drink from My fountain

(kothar) such a drink where after that person shall never again feel thirsty until he enters Jannah.”

(Reported by Ibn Khuzaimah in his ‘Saheeh)

The followers of Muhammad (saw) are rewarded by five things for fasting which were not given to anyone. Allah Loves every act of fasting person and decorates the whole world for him:

“My Ummah have given five things for Ramadan which were not given to anyone except them.”

1- The smell from the mouth of a fasting person, of my Ummah, is more sweater to Allah than the fragrant smell of musk.
2- On their behalf the fish in the sea seek forgiveness for the fasting persons of my Ummah until they break their fast.
3- Allah prepares and decorates a special garden in Jannah every day and then says (to it), “The time is near when faithful servants shall cast aside the great trials of the world and come to you.
4- In this month (for them) evil-minded Satan is chained so as not to reach unto those evils to which they normally reach during other months besides Ramadan.
5-On the last night of Ramadan they are forgiven.

The Sahaabah R.A. thereupon enquired, “0 Messenger of Allah, Is that last night Laylatul Qadr?
Rasulullah (SAW) replied, “No. But it is only right that a servant should be given his reward on having completed his service”.

(Reported by Ahmad, Bazzaar and Bayhaqi)


“Ramadan, (the month of blessings) has come to you, Wherein Allah turns towards you and sends down to you His special Mercy, forgives your faults, accepts your prayers, appreciates your competition for the greatest, good and boasts to the angels about you. So, show to Allah your righteousness; for verily, the most pitiable and unfortunate one is he who is deprived of Allah’s Mercy in this month.”

Allah grants what his followers ask him:

“There are three people whose “Du’aa” is not rejected;
1-The fasting person until he breaks the fast,
2-The just ruler,
3-The oppressed person, whose ‘Dua’ Allah lifts above the clouds and opens unto it the doors of heaven, and Allah says: “I swear by my honour, verily I shall assist you, even though it may be after some time.” 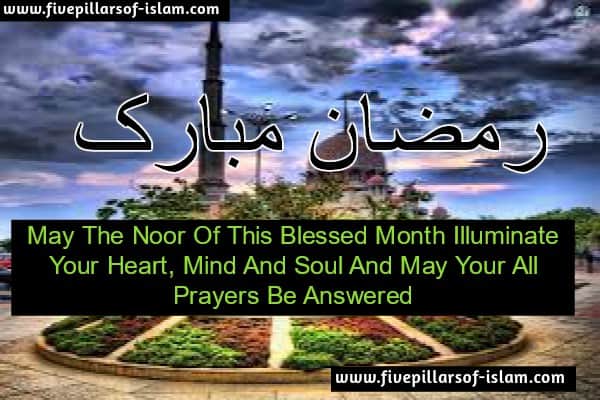 Allah ordered not to fast for Him but it is a protective shield for men:

“Fasting is a protective Shield for Man, as long as he does not tear up that protection.”

So, the month of Ramadan is the Favorable environment of good deeds. Everyone should participate in this environment.

Read More  Muhammad: Peace Be Upon Him [Everything About the Messenger]

“Whosoever eats on one day of Ramadan without a valid reason or excuse or genuine illness (acceptable in Shari-ah), shall never be able to compensate for that day even by fasting the rest of his life”
(Reported by Ahmad, Tirmizhi, Abu Dawood, and Ibn Majah)

And one who doesn’t respect this glorious month Allah has no need of him,

Once the prophet said, when I ascended the first step of my mimbar, Jibraeel (A.S.) appeared before me and said,

“Woe to him who found the blessed month of Ramadan and let it pass by without gaining forgiveness”.

Upon that I said, “Aameen. (Reported by Haakim)

This sentence has been taken from the hadith mentioned below,

When he descended we said, “0 Rasool of Allah, we have heard from you today something which we never heard before”.
“. When I ascended the second step, he said “Woe to him before whom thy name is mentioned and then does not read Durood (salat alan Nabi) on you”. I replied “Aameen”. When I ascended the third step he said,

“Woe unto the person in whose presence both parents or one of them attain old age, and (through failure to serve them) is not allowed to enter Jannah” I said “Ameen”. (Reported by Haakim) That’s the end of article

How to Perform Salat : The Complete guideline for beginners 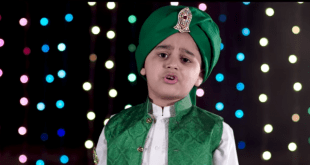 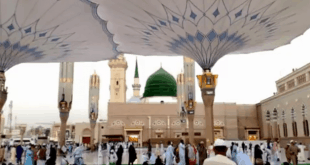 The companion of Prophet Muhammad and their greatness